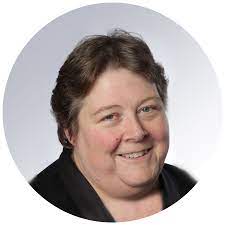 We were shocked and saddened to hear the news of the passing of fellow Pharmacy Council member Dr Erica Sainsbury on Christmas Eve 2021. Erica had been elected to the Council by the profession and served as member from early 2019. She was very well known and respected in the profession, particularly from her role as senior lecturer at the University of Sydney, where she taught many of the current generation of pharmacists who studied there. Although she officially retired from the University in 2019, she remained as an honorary appointee and continued to teach legislation to pharmacy students.

Erica had roles with the Australian Pharmacy Council (APC) and contributed to the recent revision of the Accreditation Standards (2020); and was also a member of the APC Accreditation Committee. She had an active and ongoing interest in cricket and was always happy to have a conversation about the latest match scores or batting averages.

Her expertise in pharmacy law complemented her role as a Pharmacy Council member, where she was a strong advocate for professionalism in practice. She was always happy to share her knowledge and expertise and was an encouraging voice to others. Many of the articles and practice tips in recent Council newsletters were developed by Erica who was particularly keen to promote ongoing education for the betterment of the profession.

Erica will be farewelled at her Church in West Pymble on 21 January. Donations can be made in Erica’s memory to the charity that she was a director of, The Freedom Project, a charity aimed at ending slavery and bringing hope and justice to vulnerable people.

We will miss her as a colleague, a dear friend, and as a leader in the pharmacy profession. Our thoughts are with Erica’s family, and her numerous friends and colleagues where she has made a lasting impression. We will miss her enthusiasm and commitment to the profession. Her absence will be felt by us all.